We Built This City

What do you love most about the city / town / place that you live in? What do you like the least about it? If you were mayor, what would be the most important problem you’d tackle? How would you tackle it?

I live in San Antonio, Texas, if you are not familiar with San Antonio, Texas, well maybe this phrase will help. “Remember the Alamo” or maybe you’ve heard about the boring San Antonio Spurs who won the NBA Championship last year.  What I love about this city is the weather.  The weather here is great even though it can get hot during the summer months.

What I like least about this city is the lack of public transportation to move around the city.  San Antonio is a big city, but it also growing, so can you image if you live on one side of town and having to travel to the other side of town.  The only way to do that is by bus.  I would wish the city bring other alternatives to moving round the city like a railing system.  The other thing I don’t like is that there are a lot of empty building in the downtown area.  That would be one thing I would tackle if I was mayor.  It would be great if there were more cafes shops  where not only tourist can hang out, but also the local people can go to andwork on things or maybe read a book.  Some of other things I would like to tackle is making the city more alive, where there is at least some small or big event going on in the downtown area.

2 thoughts on “Daily Prompt: We Built This City” 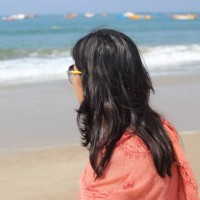 To travel is to live…

tales told from behind the cloak of anonymity